Not for the first time, a Muslim nation is discriminating against Israel. As we know only too well, the Muslim world has a bad record when it comes to discriminating against Israeli sportsmen.  One of the more blatant examples involved Israeli judokas who had to compete under a neutral flag, Arab competitors who refused to shake Israeli rivals’ hands, and when Israelis won the match, having overcome obstacles like obtaining a visa to enter Abu Dhabi in the first place, the host country refused to play Israel’s national anthem.

Malaysia, one of the world’s largest Muslim nations, is not permitting the Israeli Paralympic to enter the country in order to compete in the Paralympic swimming competition (via Reality):

The International Paralympic Committee expressed disappointment on Saturday after Malaysia said it would not allow Israeli swimmers to attend a competition in the country that will serve as a qualifying event for the Tokyo 2020 Paralympics, AFP reported. 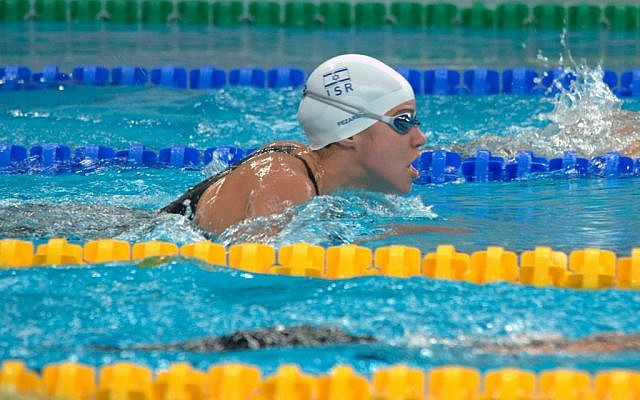 Malaysia is one of a number of Muslim-majority countries that has no formal diplomatic ties with Israel, with entry to the country on an Israeli passport prohibited.

The city of Kuching in the eastern Sarawak state will host hundreds of swimmers from 70 countries from July 29 to Aug 4.

“We maintain our stand on the prohibition. If they do come, it is a violation,” he said, according to AFP.

“If they (the International Paralympic Committee) want to withdraw Malaysia’s right to host the championship, they can do so,” added Mahathir.

No surprise there hearing these words from the vicious antisemite Mahathir Mohamad who has denied the magnitude of the Holocaust, called the Jews “hook-nosed” and blamed the Jews for the world’s woes. 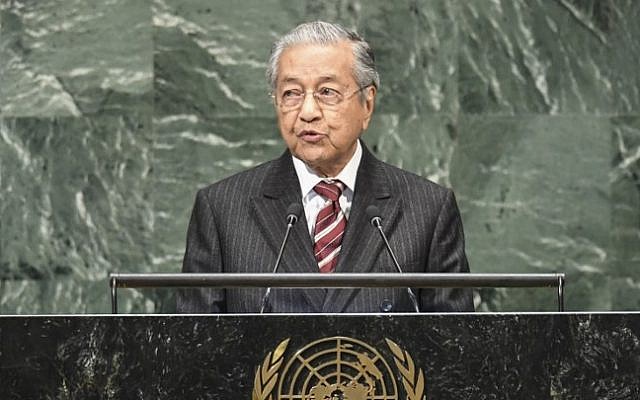 The IPC’s response was lame and unsatisfactory to say the least:

The IPC said in a statement that it was “disappointed” with Mahathir’s comments, although it would aim to “find a solution” to the issue.

As we can see, Malaysia in particular has lots of form on its anti-Israel discrimination:

In 2016, the Israel Sailing Association withdrew athletes from a competition in Malaysia after they were denied entry visas to the country.

Later, Israel pulled its team from the World Team Table Tennis Championships in Kuala Lumpur following a row with the Malaysian government over entry visas.

In 2017, Malaysia decided not to host the 67th FIFA Conference because an Israeli delegation was scheduled to participate.

The IPC’s response, merely expressing “disappointment” at Malaysia’s ban, is all the more pathetic given previous circumstances involving other countries and sports after pressure from international organizations.

Just over a month ago the International Chess Federation moved a contest from Saudi Arabia to Russia because two Israeli players were refused visas:

The governing body for international chess confirmed Monday that an upcoming tournament that was to be held for the second year in Saudi Arabia has been relocated to Russia because of the kingdom’s policies, which exclude some eligible players.

Two Israeli chess players had appealed to the FIDE chess federation over concerns they would be prevented from playing at the World Rapid and Blitz tournament, as they were last year when Saudi authorities refused to grant them visas to enter the kingdom.

Although Sutovsky did not specify the block against Israeli players in particular, the decision to move the event came after Israeli chess grandmaster Ilya Smirin and chess organizer Lior Aizenberg sent a letter to FIDE in November demanding that it take action to preserve their right to participate in the federation contest.

Again under pressure from the chess federation FIDE, the 7-year old Israeli chess player Liel Levitan was grudgingly granted a visa by Tunisia.

Kol hakavod to FIDE for its courageous and ethical stance.

Back in 2009 Israeli tennis star Shachar Peer was denied a visa to enter Dubai for the Dubai Tennis championships:

The row involving Israel’s Shahar Peer, who was denied entry into the United Arab Emirates to play in this week’s Dubai Tennis championships, seems certain to escalate as the doubles player Andy Ram, a member of Israel’s Davis Cup team, is also likely to be denied a visa to compete in next week’s men’s tournament. The UAE has pumped millions of dollars into the men’s and women’s games in recent years, and now the WTA and the ATP, respectively the women’s and men’s governing professional bodies, are poised to pull out of the country in a move that could have far reaching consequences for the country’s growing status as a major player in world sport.

Following the threat as mentioned above from the International Tennis Association, Shachar received a visa the following year – which just goes to show that pressure applied from international associations, even at the instigation of Israel, can bring about change, however reluctant.

All of this goes to show that when pressure is applied by the right people in the right places, anti-Israel bans and boycotts can be lifted. Where there is a will there’s a way.

The trouble with the International Paralympic Committee (IPC) is that it might follow in the International Olympic Committee’s (IOC) footsteps of anti-Israel (maybe even antisemitic) behaviour. In 2012, 40 years after the Palestinian massacre of 11 Israeli Olympic athletes, the IOC refused to hold a minute of silence in memory of the murdered athletes.

It took until the 2016 Olympics until the IOC finally relented and held a memorial event- 44 years after the massacre!

So don’t hold your breath waiting for the IPC to do the right thing with Malaysia.

6 Responses to The Muslim world’s unsporting behaviour towards Israel